On December 10, 2021, the 2nd Solar+Wind Congress Spain hosted by ENERGY BOX took place successfully in Madrid, Spain. Pedro Magalhães, the Director of Global Engineering and R&D at Arctech delivered a presentation on the topic of "How stiff trackers are safer and enable more energy generation" and explained how Arctech’s stiff trackers can protect both PV modules and the trackers themselves and become a driver in the development of the solar market. 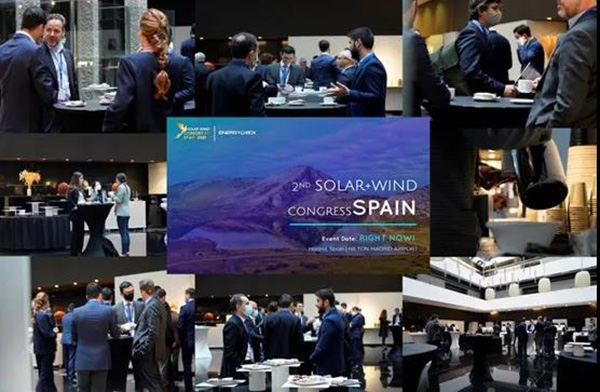 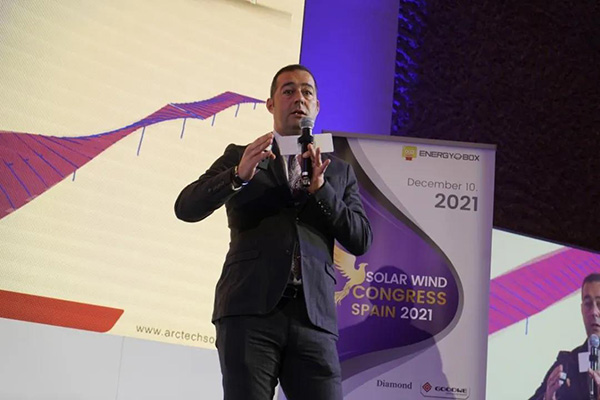 PV cells & modules have increased in size as encapsulating more wattage into one panel seems to bring the cost down. If these new large-format modules are installed onto a traditional single-axis tracker, that would make the whole structure taller, longer, and more vulnerable.

Traditional single-axis trackers have a single drive in the middle, which works as a fixed point, when the motor is not operating. When the wind is strong, the rest of tracker components far away from this fixed point deflect significantly, as these trackers are flexible structures. The farther from the center the more displacement, which makes it very challenging for longer trackers.

Another characteristic of traditional flexible trackers is they must stow at a steep tilt (30 or 45 deg) to avoid torsional instability. But in the context of a bigger module surface, the resultant module load would exceed the module capacity, causing damage such as cracks and delamination.

Arctech launched Skyline II, which is a very stiff tracker that mounts a synchronous multi-point drive mechanism. SkyLine II has a wind stow threshold of 22m/s, the highest in the industry so far, which allows it to track the Sun for many more hours when compared with the industry standard. The rigidity provided by the multi-point drive mechanism also allows to safely stow to 0-degree.

At the meeting, Pedro also explained how SkyLine II enables power generation with an example of a case study in Texas, USA. Compared with other projects that are installed with traditional trackers, SkyLine II allows for an annual energy collection of 1.6% higher. For typical plant Capex and PPA pricing in the area that was equivalent to an IRR increase of about 0.2% or $3M more in revenue throughout the life of the project.