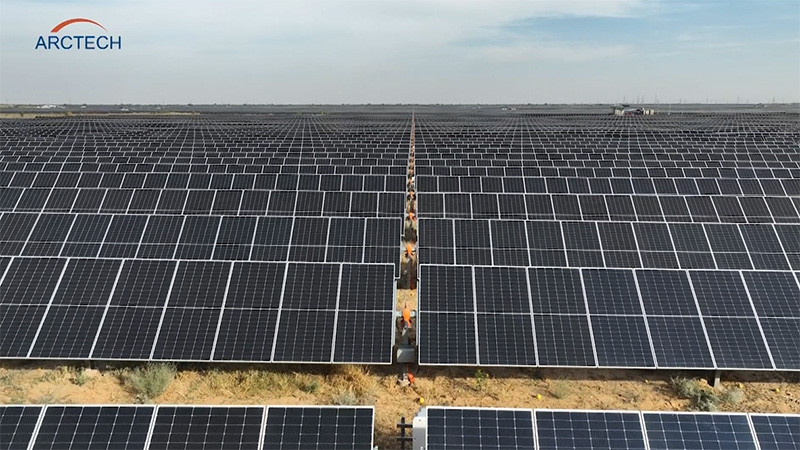 The company struck a deal and successfully finished the shipment of the 1.7 GW of 1P SkyLine trackers in Rajasthan by 2021. In particular, the 860MW AEML solar power plant is the largest bifacial+tracker power generation project in India.

This year, India has 52.71GW of large-scale solar capacity installed, according to Mercom India research’s latest available data from the end of January to September. The research reveals that Rajasthan is the top state for utility-scale projects, with a cumulated installed capacity of 15GW, representing 29% of the country’s solar power capacity, It is also the first state in India to surpass 10GW cumulative large-scale solar installations.

Being the largest state of India Area, and the one of the best solar radiation (6 -7 kWh/m2/ day) and greater than 325 maximum sunny days in a year, the state has occupied the first position in solar power generation by setting up the projects of 14,825 MW.

Since Rajasthan has emerged as the country’s solar hub after developing 10 GW (Gigawatt) capacity solar power. The State government is also making efforts to connect people with solar energy and encouraging them to install solar rooftop plants at their houses, factories and offices.

“Arctech always sees India as our second home base after China. We started our operations in India in 2015 and have shipped 3.5 GW since then,” said Gail Chen., General Manager of East Asia and India at Arctech, Director and CEO of Jash Energy. “In years 2017 and 2018, the market was very quiet for trackers, but we made a grand comeback in 2019 by signing a 1.7 GW order in India. So the project is really a milestone. Now the increasing use of bifacial modules and decline in the prices of modules made more sense to use trackers now.”