In India, the power shortage has a population of more than 3 million and the peak power shortage take 13% of the total installed capacity. The situation of more than half of electricity from coal-fired power generation lead India become one of the most polluted countries. India began to develop renewable energy to improve the national energy structure under the pressure of environmental pollution.

Narendra Modi, the prime minister of India has said he wants to develop solar power in India and make the solar power capacity reach 100GW in 2022 which is 25 times of current situation. According to the forecast of “Bridge of India”, India’s new solar power production capacity will surpass Germany in 2015 and then become the world’s top five solar market after China, Japan, the United States and the United Kingdom.

The 21 cooperation agreements signed by Premier Modi during his official visit to China, in which the solar energy cooperation shows as a major bright spot. Meanwhile, it also provide an opportunity to Chinese solar enterprises to “going out”.

The opening of India solar energy market rise the enthusiasm of Chinese PV companies to enter India market. Harenon Solar Singapore intends to sign the cooperation agreement with Indian ReNew Solar to invest the 72MW solar power plant project in India; Trina Solar with Welspun and JASOLAR with Essel Solar also signed the memorandum of understanding few month ago, they will build battery and module production base in India; Artes reached a preliminary consensus with SunGroup to develop solar energy projects in India and seek the possibility to set up factory in India else. 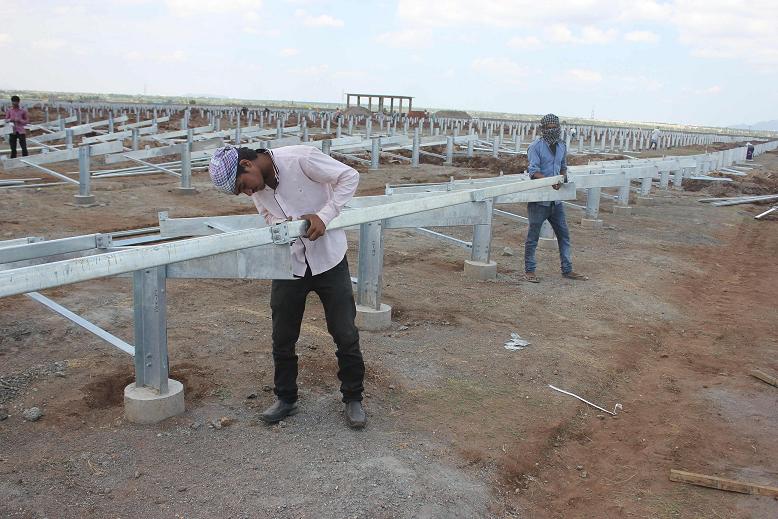 Besides all above module manufactories, Arctech Solar as a tracking & racking system production enterprise also pay attention to Indian PV market. Arctech has signed the cooperation agreement with Adani Infra (India) Ltd (AIIL) a few months ago. AIIL belongs to Adani Group whose business cover recourses, logistics, agriculture and energy field. Adani Group is a multinational corporation, and it is the largest port developer & operator in India else. After the first trial of to build solar energy station, Adani Group decide to push the new energy business in India and make its annual PV power plant construction target to be 1GW in 2015. The first 648MW project is started in the early of 2015 which will be one of the largest PV power stations in India, Arctech gained 400MW mounting structure contract in this project.

Arctech relevant leader said that this contract with Adani Group means the product quality and service have been recognized by Indian customers, which is a milestone of Arctech to enter the India market. It will play a great role for Arctech to expand business in India market in the future.

Last: Arctech Won The China Pv Innovation Award 2015
Next: None