(20 July, 2017) Recently, Arctech Solar, one of the world's leading manufacturers and solution providers of solar tracking and racking systems, officially announced that its Indian Subsidiary’s installed cumulative capacity has reached 2GW.This includes1.4GW of fixed structures and 650MW of solar trackers. 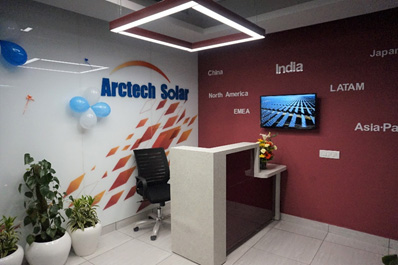 In 2013, Arctech Solar began to set foot on this land with an Indian dream, and rooted itself deeply in Indian market as its home market for Global Business Development. Within just a few years, a very strong Team was established. Since 2015, Arctech Solar has consecutively dominated No. 1 position in India’s PV market share. According to the Global PV Tracker Landscape 2017 report published by GTM Research, Arctech Solar has far exceeded other manufacturers with the absolute superiority of No.1 position in Asia-Pacific market share in 2016. 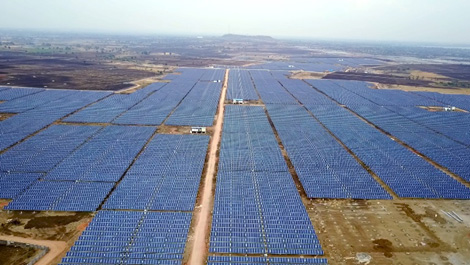 “Arctech Solar has recently supplied trackers for the largest solar tracker project in India with, 172MWp in the state of Telangana, India. We also have installed the biggest fixed structure project with 420MWp capacity in Tamil Nadu, India.” said,  Allen Cao, Director of Arctech Solar India. He also commented that, “Arctech Solar's Indian branch is the largest overseas branch of Arctech Solar, we will provide more and more localized services and long-term commitments to this market.”

Arctech India is well prepared to install more PV tracker systems and fixed structure systems in India in the next three to five years. The Team is looking forward to continue developing its business along with carrying out its responsibility to Indian society as a committed organization.

Last: Milestone: Arctech Solar Completed Delivery Of 420mw Solar Structure To India
Next: Arctech Solar Made Its Us Debut With 6 MW Tracker Projects In The State Of Georgia, United States