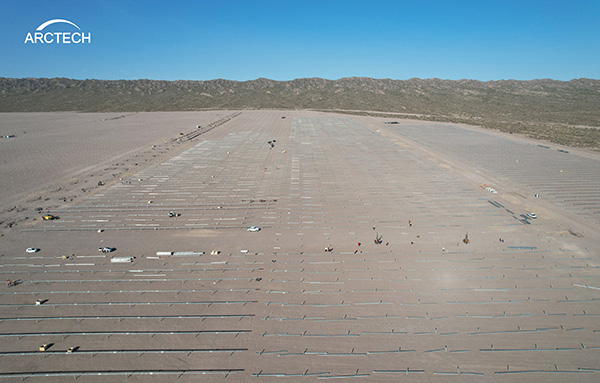 As a ground-mounted solar PV power project with a combined capacity of 82 MW, the Sierras de Ullum Solar PV Park is planned over 100 hectares in San Juan, Argentina, the western part of the country.

The project is expected to bring an investment of over USD 60 million and new jobs to the region. The Sierras de Ullum solar farm is expected to supply enough clean energy to power 50,000 households. The project is equipped with SkyLine II single axle tracker, the world’s first 1P single-axis tracker equipped with a pentagonal torque tube design and synchronous multi-point drive mechanism. 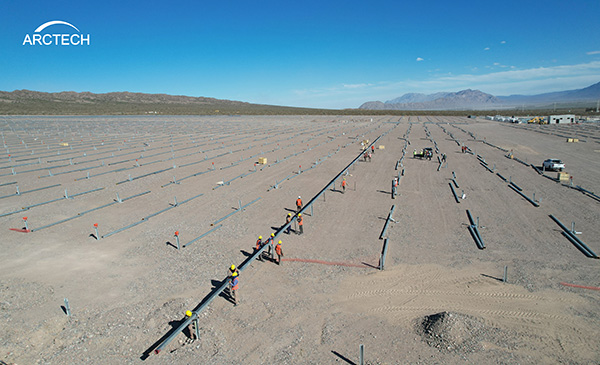 The construction of Sierras de Ullum will directly employ more than 400 people and will have 150,000 state-of-the-art bidirectional solar panels that receive direct energy from the sun and also absorb reflections from the ground. The generation is growing by 6%.

In the lead-up to the first Belt and Road forum in May 2017, China published its “Guidance on Promoting Green Belt and Road,” “Belt and Road Ecological and Environmental Cooperation Plan,” and “Vision and Actions on Energy Cooperation in Jointly Building Silk Road Economic Belt and 21st-Century Maritime Silk Road,” emphasizing that its investment projects will be used to promote the Paris Agreement and 2030 Sustainable Development Goals and are motivated by the need to “share the ecological civilization philosophy and achieve sustainable development.”

China is already a major player in the renewable energy sector in Argentina, in the supply of technology, the construction and operation of wind and solar farms, and the sale of equipment. China produces about a third of the world’s wind turbines, around 80% of solar panels and two-thirds of lithium batteries.

The company also announced it recently harvested a new 36MW SkyLine II project in Argentina, propelling the company towards the 3GW club in the Latam region.